Check out this great blog post on The Art of Getting (Honest) Positive Reviews on Yelp by Erin McDermott on Bank of America’s Small Business Community Blog featuring OwnerListens Co-Founder and CEO Adi Bittan. Have any additional advice to fellow business owners for how to get honest, positive reviews on sites such as Yelp?

Original post written by Erin McDermott of Touchpoint in Advertising, Sales and Marketing on Dec 18, 2013: 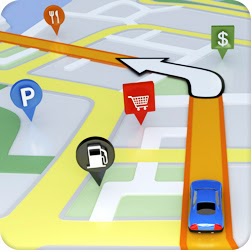 How can you get honest, positive feedback to appear on Yelp or review portions of Google, Facebook, or TripAdvisor? It may sound daunting, but some say all small businesses need to do is ask.

“If you don’t ask, the likelihood of it happening is almost zero,” says Adi Bittan, chief executive and cofounder of Palo Alto, California-based OwnerListens.com, a company with an online tool that gives customers a direct line to a business’s owners via an app or text messages. “People are actually much nicer than many people give them credit for.”

Where to start? Listen up the next time a customer pays a compliment for great service or expresses satisfaction about a mistake that was quickly fixed. Translating pleasant, in-person encounters into positive social media capital is a matter of reading the signals your customers are giving and being direct about a request for help, Bittan says. If clients praise an employee, service, or product, that’s a cue that they’re likely open to doing more.

Bittan points to a series of Stanford University studies that show people underestimate how likely others are to agree to requests for assistance. In one, researchers concluded those who are approached for a favor are under social pressure to be benevolent, because saying no might them look bad—to themselves or others. (After all, everyone is sensitive to reviews.)

It’s that perception of altruism that motivates some reviewers, and that’s some of the surprisingly good news that might make your own foray a bit easier than expected. Jon Hall, chief executive and founder of Bloomfield, New Jersey-based Grade.us, has written extensively on the topic of customer reviews and says the vast majority are positive, regardless of the product, service, industry or online community. “There is no need to ask for a ‘good’ or ‘positive’ review. Just ask for a review, ask for feedback,” he says.

Hall’s company, as well as Bittan’s, tries to steer customer reviews toward a company’s preferred online destination. Grade.us uses a platform that directs customers to a landing page, where a business owner can “funnel” their feedback to a review site they care about most, be it Foursquare, TripAdvisor, Google+, Yelp, or a dozen more. Bittan’s service provides a direct channel to the business owner, where compliments or complaints are acknowledged in real time. Both aim to take the steam out of the fieriest of missives from angry clients: first, by making the process of filing good reviews easier for happy customers and swelling those numbers; second, by giving unhappy clients the attention they need from those who can actually help them.

For businesses now, the stakes are particularly high on Yelp, in more ways than one. The site has more than 100-million unique visitors a month worldwide, via its website and apps, and a recent Nielsen survey reported four out of five of its users consult the site before they spend money. A 2011 Harvard Business School survey found that restaurants that boosted their rating by one full star on Yelp saw their annual revenue increase five to nine percent.

For its part, Yelp discourages businesses from asking customers for positive feedback on the site. In its FAQ, it says “These self-selected reviews tell only part of the story, and we don’t think that’s fair to consumers. We would much rather hear from members of the Yelp community who are inspired to talk about their experiences without a business owner’s encouragement.”

Any savvy Internet user can spot the obvious inside jobs. But along with filters that try to weed out phony reviews, Yelp has been active in pursuing those attempting to game the system. In late 2012, the site launched what it termed a sting operation, and exposed dozens of businesses that solicited positive reports from undercover “elite” Yelp users with offers of cash payments. In September, the New York state attorney general fined 19 reputation management companies for fake online reviews on several major sites, including Yelp, Google Local, and CitySearch.

All of which makes a genuine rave more meaningful. So what’s the right way to ask for a review?

Bittan says do it “in the moment,” when the goodwill is fresh and top-of-mind. Here is some advice from her and Hall on how to approach a customer:

1. Explain why you’re asking. Put it at the bottom of receipts or in signage in your shop, and say something like “Please let the rest of the world know that we did a good job. Online reviews are one of the most important drivers of our business.”

2. Link it to a customer’s identity as a local shopper, or just a good person. Use messages like “We’ve been serving the [town name] for more than two decades” or “Please show your kindness and support by letting your social media followers know.”

3. Have a tangible reminder, and try to stay unbiased. Hall’s clients hand their customers a postcard asking them to write a review. It reads: “Help us. Help others. You’re invited to review X.”

Social media has given everyone a voice, for better or worse, but for small businesses, it’s how you deal with it that matters, Bittan says. “It still all comes down to giving great service,” she says. “And the way the world is going, the bar has been raised for everyone. You have to wow them. And it’s that much harder.”

Original post written by Erin McDermott of Touchpoint in Advertising, Sales and Marketing on Dec 18, 2013.